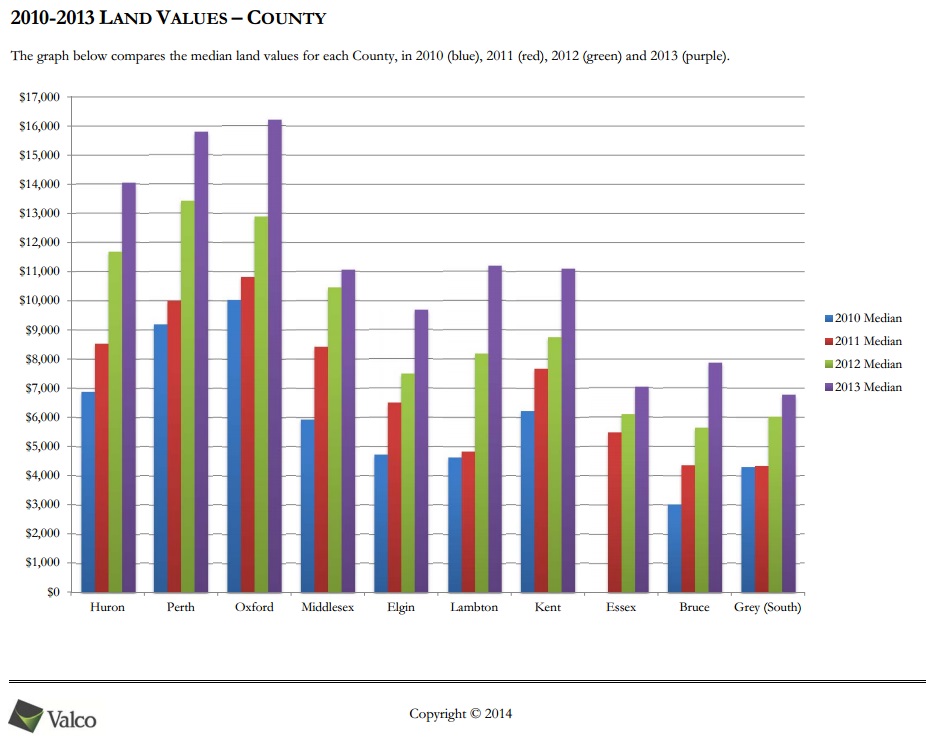 The County Divisions with the largest average annual increases since 2010 are Elgin East, Huron North, and Lambton North in a range of approximately 32%-36%. Some of the highest per acre sales in 2013 were in a range of $20,000 to $25,000 per tillable acre.

The complete report on SouthWestern Ontario Land Values by Valco Consultants can be viewed here: http://www.valcoconsultants.com/20102013LandValuesStudy.pdf

In response to the COVID-19 pandemic, Burnbrae Farms has established a crisis relief program to support Canadian families in need of assistance.

Since the very beginning of this pandemic, the Government of Canada has taken a number of important steps to ensure the safe arrival of farm workers, who play a vital role in preserving Canada's food security.

The Ontario government is taking steps to protect fish stocks and natural habitat from the harmful impacts of double-crested cormorants by introducing a fall harvest for the species.

Local farmers are stepping up to play their part to help Windsor-Essex get to Stage 3 of re-opening.