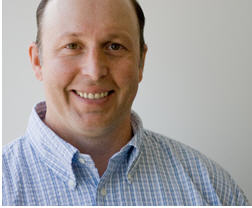 Farms.com Risk Management Chart of The Week for Dec15 2010
1 Reply

Farms.com Risk Management Chart of the week for Dec1st 2010

Farms.com Risk Management Chart of the week for Nov 24th 2010

How are you involved in agriculture?
Farm Crops, Agri-Business, Other, Crops

Canadian Farm Land Values Increased 2.9% during first half of 2009.

Farm Credit Canada’s semi-annual land value survey for the period Jan. 1 to June 30, 2009,
By Farms.com Editors
The average value of Canadian farmland increased 2.9 per cent during the first six months of 2009, following increases of 5.6 and 5.8 per cent in the previous two reporting periods.
Farmland values increased in most provinces. New Brunswick experienced the highest increase at 5.6 per cent, followed by Manitoba, with an increase of 5.5 per cent.
Two provinces… Continue

With the support of the Saskatchewan Government and Sask Pork, North 49 Foods is taking steps to help the pork sector be prepared to address foreign animal disease.

Sask Pork's Whole Hog Youth Ambassador says it's important for people to be more aware of where their food comes from and lots of other products too.

Saskatchewan's Minister of Agriculture says the cull line being incorporated into the North 49 sow slaughtering plant in Moose Jaw provides the infrastructure to deal with market disruptions triggered by a foreign animal disease.

2022 ended well for US pork exports, with those in November the largest of 2022 in both volume and value, according to data released by US Department of Agriculture and compiled by US Meat Export Federation (USMEF).

Starting today until Feb. 12, Tim Hortons guests can order a classic Latte, Americano, Cappuccino or Iced Latte in any size for just $2 at their local Tims or through the Tim Hortons app.