What isn’t subsequently used in their dairy, beef, sheep and pig operations is sold/marketed off the farm. The milk produced through the dairy operation (250 cows) is sold in their four independent stores and at a number of dispensing unit locations located in the nearby city and well as further processed into cheese, yoghurt and other dairy products (also sold in their stores). The meat from the beef, sheep and pig operations is further processed in the farm’s abattoir and then sold through their store locations as well. After learning much about the operation the group enjoyed lunch at the farm, and then it was back on the bus for the return trip across the Carpathians. Up and over the mountains and back in the Transylvania Region of Romania, the group arrived in Brasov, one of the major cities in the region. Also known as Kronstadt, due to the presence of German colonists as early as the 12th century, Brasov is a beautiful medieval city boasting colourful facades, old ramparts, secret narrow cobble streets and guard towers. At the centre of mountain tourism, today Brasov is one of the most appreciated and visited places in Romania. 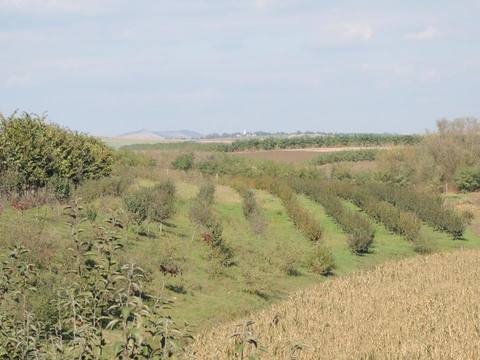 After checking in to the Casa Wagner, lodging for the next two nights is located in a medieval building in the city centre, the group enjoyed a short walking tour of the area before heading out on their own for dinner and the evening. Tomorrow is the group's last full day in Romania.

DAY 12 Brasov – Bran – Brasov This morning the AALP Alumni and Friends Tour group visited a food market in Brasov, where local producers are selling their crops and food products. 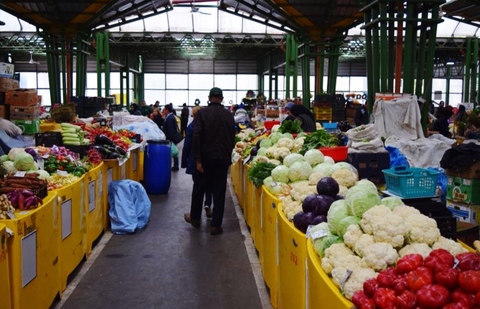 Brasov is well known for its potato production and all along the roads you can see small stands with bags and bags of potatoes for sale. Travelling on, the group visited a 700 ha farm wheat, corn, soybeans and triticale. Previously a larger potato farm, the owners determined it was more profitable to downsize and switch from potatoes for processing and for seed to other field crops.

Back on the bus to Bran Castle, also known as Dracula’s Castle because of its link to Bram Stoker’s novel. This is a beautiful 14th century castle, restored in the 20th century to its former glory by the Romania’s Royal family. It is an imposing structure guarding the passing point between the two Romanian provinces – Walachia to the south and Transylvania to the north. 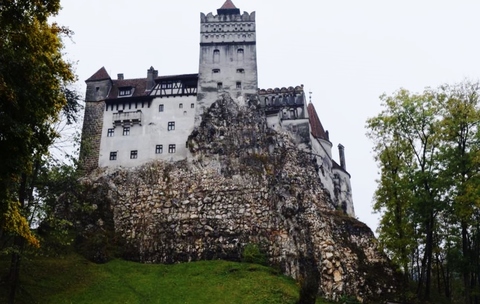 Making a stop in Prejmer the group visited its 13th century Gothic style fortified church, which is included on UNESCO’s World Heritage List. It is probably the most interesting of all the churches the group has seen on this trip. 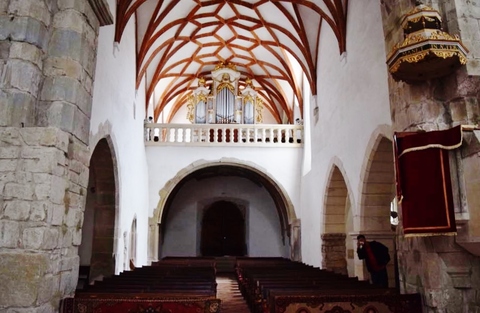 Returning to Brasov, the group enjoyed a farewell dinner, local entertainment and some fun with the tour leader. The group's time in Romania is soon drawing to a close. 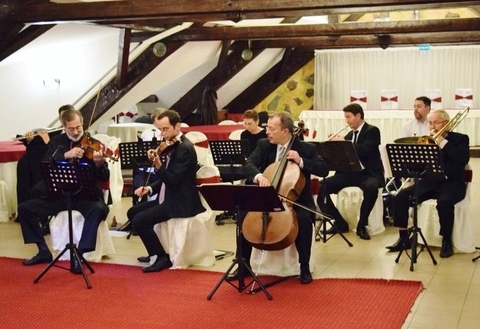 PÖTTINGER complements its product portfolio for modern arable farming through the acquisition of the Italian manufacturer MaterMacc Spa.

Organizers of the 2023 Precision Farming Dealer Summit have announced their partnership with Fastline Marketing Group to serve as the Official Marketing Partner of the event being held in St. Louis, Mo., on January 9-10, 2023.

Monarch Tractor maker of the MK-V, the fully electric, driver-optional, smart tractor, today announced the first tractors a coming off the Founder Series production line at its headquarters and manufacturing facility in Livermore, Calif