AALP Class 14 had an early start to our day as we made our way to the city of Pune. Pune is a growing city of over 5 million people. (http://www.maharashtratourism.gov.in/mtdc/HTML/MaharashtraTourism/D...) Compared to Mumbai, it looks like a small town.  This city has many universities and towns as well as motorcycles.

After what seemed like ages, we finally reached our first destination, Semex. Semex has been in India for less than a year and has formed a joint venture with Provet Genetics. The dream of this joint venture is to increase local milk production per cow to levels near that of Canadian production.  The parent company for Provet is Baramati Agro Ltd. This company works on many portfolios such as poultry, sugar, and commodity trading. Though the Indian government regulates many aspects of agriculture, this company is very positive in its long term growth.

After a good discussion with Semex-Provet we were treated to pizza India style - that is to say vegetarian including corn niblets, not a pepperoni to be seen.

Our tour then took us out of Pune and to a dairy that is working closely with Semex-Provet to improve its herd's genetics. The farmer who was formally trained as an engineer "saw the light" and focused on farming, specifically on dairy production.

The land in this area certainly looked more fertile than the area that we visited yesterday. For instance we saw fields of sugarcane, bananas, wheat, and a variety of horticultural crops. The scope of agriculture is truly amazing considering that most farms are 2.5 Ha (5 acres) in size. 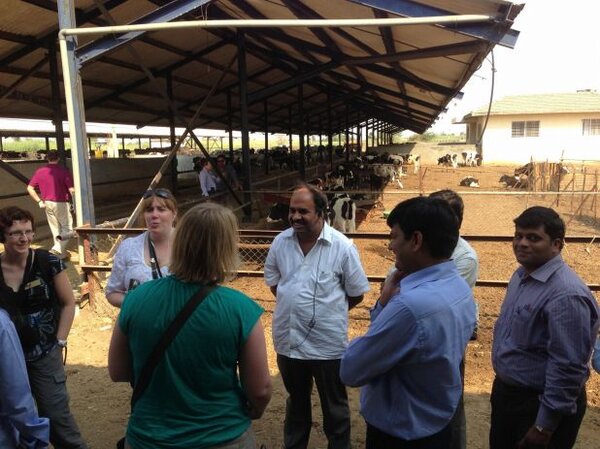 Thanks for sharing the pictures and tweets.

I am enjoying learning about India and how the farmers there operate.

I am wondering if anyone asked about the prices the farmers get for milk, grain etc and how that compares to North American prices? 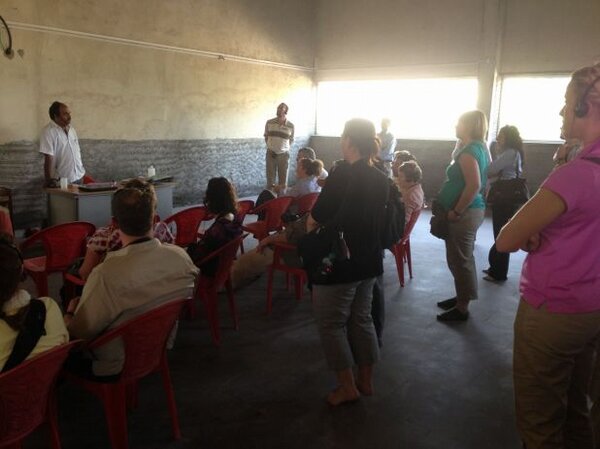 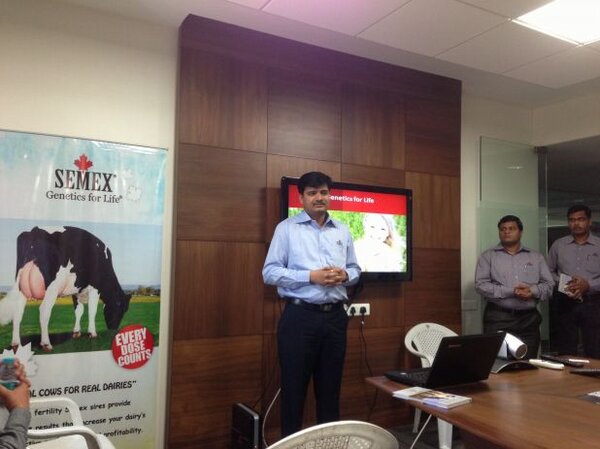 Check out the photos from the AALP India Study Tour.