Before heading to the airport, we began with a tour of a local supermarket newly built underground. Owned by a Thailand company, this supermarket was very similar to the supermarkets we have in Canada. This is new for the Vietnamese people, offering an alternative to the open air farmers markets. After overcoming the shock of fish heads on ice and live eels ready to purchase, the class started to compare prices from Vietnam to Canada. 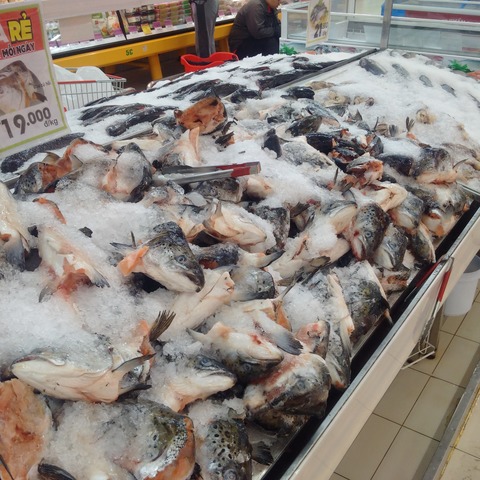 It was interesting to discover, a litre of milk in Vietnam is approximately 1 Canadian dollar, a can of Coke is 25 cents and a one-litre bottle of water was 45 to 50 cents. As you can see, the pricing ratio between Coke and Milk is similar to Canada.

Following the supermarket adventure, we travelled to an artichoke farm. This farmer utilized every inch of his land even though PowerLine towers were installed on his land. His artichokes were being grown for tea. 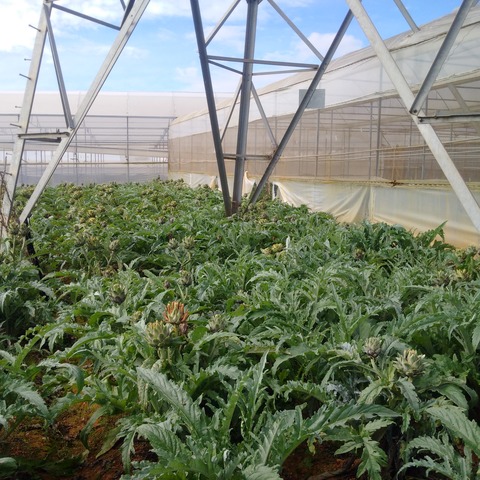 Following this farm tour, we headed off to meet Loc Troi, the largest agricultural company in Vietnam with 4,000 employees working together to sell best practices, farm protection and production systems. What was interesting and different was that Loc Troi showcased their products by growing and executing test plots on their land. They invite farmers to come and view the plots, explain to them how the products and growing systems work, for the farmer to decide if they want to buy the product and which product would be the right fit -- a different take from the Canadian sales strategy. At this location they were also working on several new greenhouse projects including a new variety of pepper.

After lunch, and before a speedy ride to the airport, we quickly stopped in at a peppercorn farm. This was an interesting stop as many of us in the class didn't know how peppercorn was grown. Peppercorn is grown on vines and encouraged to grow upwards around a support pole, almost tree-like. 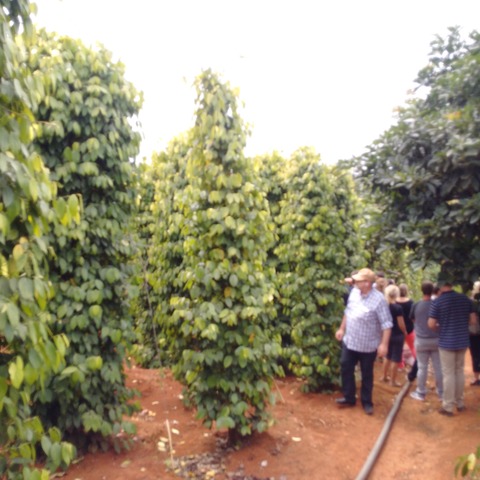 With goodbyes to our great tour guide and wonderful experience at Da Lat, it was off to the airport and on to Hanoi for our next step in this adventure. Upon our arrival we were meet by Danny our guide for the next four days. In this city of 8 million, traffic was even crazier than Ho Chi Minh City. Our first drive through the city showed a significant influence of French architecture from the period the French-occupied Vietnam.

The day ended with another amazing meal finishing the day explo‎ring our new surroundings.