While some caught fitful sleep and others binge watched movies, everyone was glued to the windows as the Andes came into view. Despite the lack of sleep, people were energized by the sun and the warmth as we cleared customs and loaded up onto our ride for the week. Our tour guides, Terry and Andres, gave us a tour of Santiago as we made our way to the hotel. 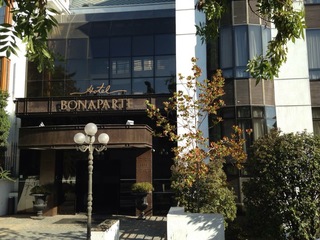 Walnut and almond orchards are prevalent on the outskirts of the city as the crops do well in the dry, semi-arid climate. On the hills above the orchards we saw evidence of the rampant fires that can destroy the high hills in the driest parts of the season.

As we travelled further into the city, we drove by the Presidential offices. This building was originally constructed to be the mint and as such, it still retains its name as La Moneda. We toured by a bustling central market which is renowned for its fish and seafood - common in a country with such a long coastline. 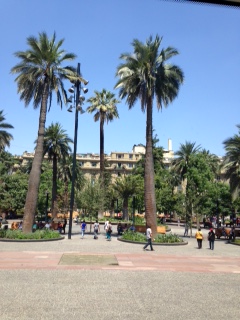 The group is excited to get up close and personal with that coast line tomorrow as we head to Valparaiso. We're told to pack a sweater because it can be chilly on the coast but we're certain the weather will feel plenty fine compared to what we just recently left behind in Canada.