When things don’t go according to plan

Each summer DVM students from the Ontario Veterinary College at the University of Guelph delve into hands-on, practical experience at veterinary clinics across Ontario and additional locales during their Externship Veterinary Course. Funded by the Ontario Ministry of Agriculture, Food and Rural Affairs (OMAFRA), students must complete an eight-week Externship Course between third and fourth year in a rural veterinary practice that works with food animals…

Why do we not STRIP TILL every acre of corn?

I was introduced to strip till in 1975. It worked pretty well, very well actually; but it didn't sell.

Almost every soil scientist on the planet is recommending strip till as the most economical, most environmentally friendly way to produce corn but only a handful of growers are actually putting strip till into practice.

The client day provides an opportunity to thank clients, as well as provide updates on recent research… 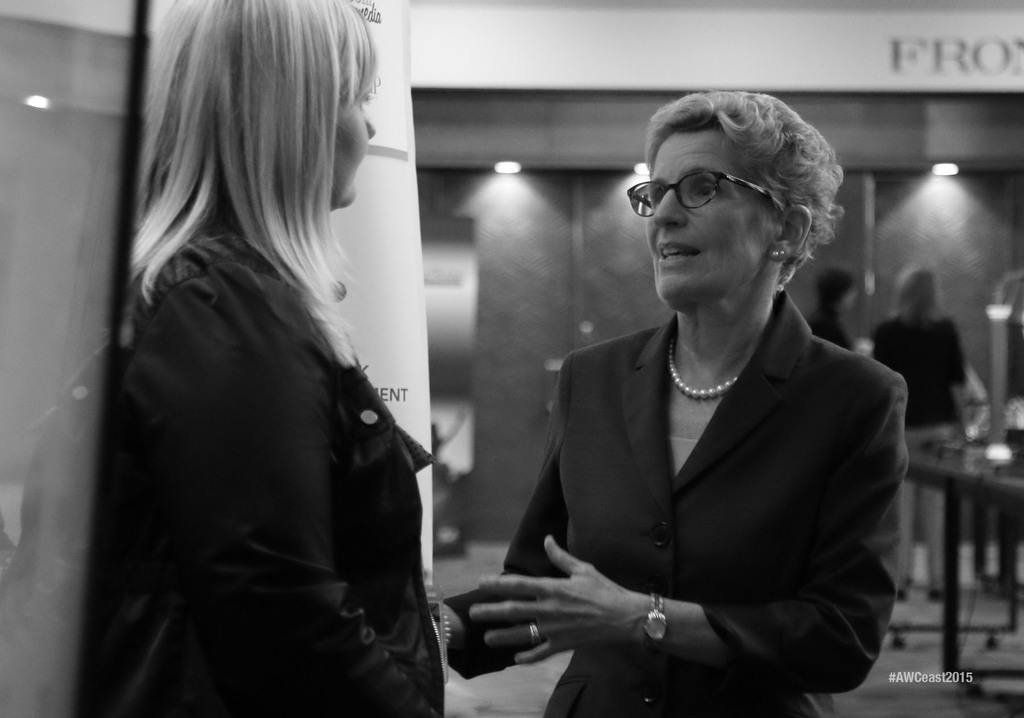 Farms.com and AgCareers.com Kathryn Doan was able to visit with the Premier afterwards and ask her some questions. VIdeos will be following.

Oxford Agricultural Awards of Excellence (best time of the year)

One of the most exciting parts of my job is being able to make the Oxford County Agricultural Awards of Excellence happen during the beginning of April. It truly is an evening that recognizes and celebrates our industry!

Please see below for info about this years' event.

The Oxford County Federation of Agriculture (OCFA) is pleased to present 15th annual Agricultural Awards of Excellence at the Oxford Auditorium in Woodstock on Wednesday April 1, 2015.

Attention dairy farmers - have you completed the research survey on calf feeding?

Researchers at the University of Guelph want to find out more about the way dairy farmers feed and manage young dairy calves. In particular, they are interested in the use of automated milk feeders in Canada. Dairy farmers across Canada are encouraged to fill out an online survey at http://fluidsurveys.com/s/milkfeedingdairycalves/

You may have already seen or heard about this survey through CanWest DHI,…

It seems like only a day ago that we were all greeting each other in Toronto Pearson, excited to embark on this two week adventure of learning, growing, gaining new experiences and deepening of understanding of agriculture in the world that we live in - this global village. It is with equal anticipation that we get up this morning, pile our belongings on the bottom of our carriage and find our seats. But this anticipation is different. Armed with new information, perspectives and deepened…

Day 13: An inspiring day of tours - from livestock trading to newspaper writing! Day 10 started with boarding the bus for an hour trip to an Ag School in Venado Tuerto (One Eyed Deer).  The name of the school was Escuela Agricola and it was a private school with students from Kindergarten to Grade 12 established in 1968. The school sits on…

Today we started the day by packing our bags after our one night stay in Rosario. 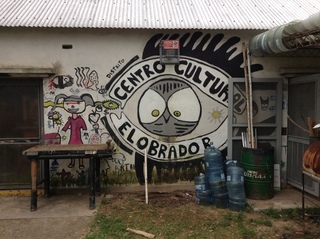 Centro Cultural El Obrador was our next stop. This cultural centre provides social programs for Indigenous people mainly from northeast Argentina. The programming includes activities to preserve their culture by sharing their crafts, native languages, stories and woodworking.  All… 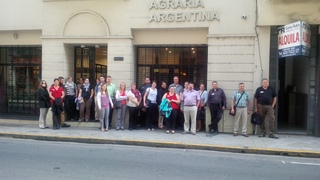 We had an early start today but were excited to be visiting a large grain terminal in Rosario, the third largest city in Argentina with a population of about 1.2 million. When we arrived at the terminal it was raining outside so we rushed to the control room and the laboratory. We were shocked by the size of the terminal and some of the stats we learned! … Today we headed northwest out of Buenos Aires to the Area of Pergamino... and it wasn’t long before the land opened up into soybean, corn, cattle and horses. It’s safe to say this was a welcome sight for all of us!

Our first stop was at a machinery shed in Cabana El Desafio. This mid-sized farm consists of 1000 ha of soybean, corn, wheat and specialty green peas and… 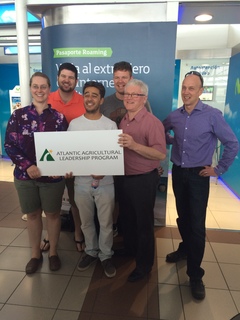 On our way to the airport Kenny Graham, one of our new Atlantic friends, gave a wonderful farewell by commenting about what he learned about each AALPer. It was an extremely thoughtful send… We started the day with the anticipation of our last stop of the day - wine tasting at Montgras Estates! Alas we had a few stops before getting to the winery.

Our first stop was with a visit with a small vegetable and fruit producer. Luis Carrasco Saldana is a forward-thinking farmer who took the initiative three years ago to… 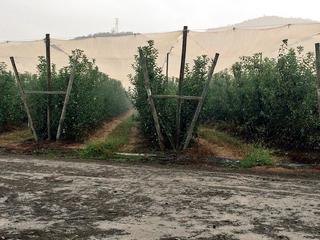 After a short drive…

Day 5: Getting a taste of the Chilean fruit & vegetable basket 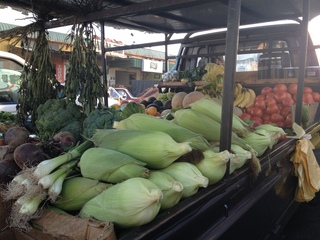 Today's International Study Tour got off to an early start with a visit to Lo Valledor Wholesale Market in Santiago.  Similar to the Ontario Food Terminal, Lo Valledor trades about 90% of the fruits and vegetables in Chile, with daily transactions totalling over $5 million US dollars. The most unique product that is sold is dried seaweed.

We then travelled to the… 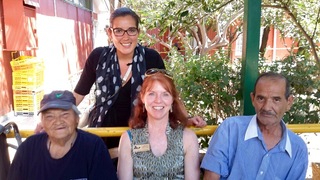 We started off day four of our International Study Tour learning about the Chilean economy at Scotiabank.  Chile has the fifth largest economy in Latin America and has seen significant growth in their economy over the last 30 years.  The Canadian Dollar and the Chilean Peso react to the world economy in a similar fashion; when one appreciates the other tends to appreciate as…